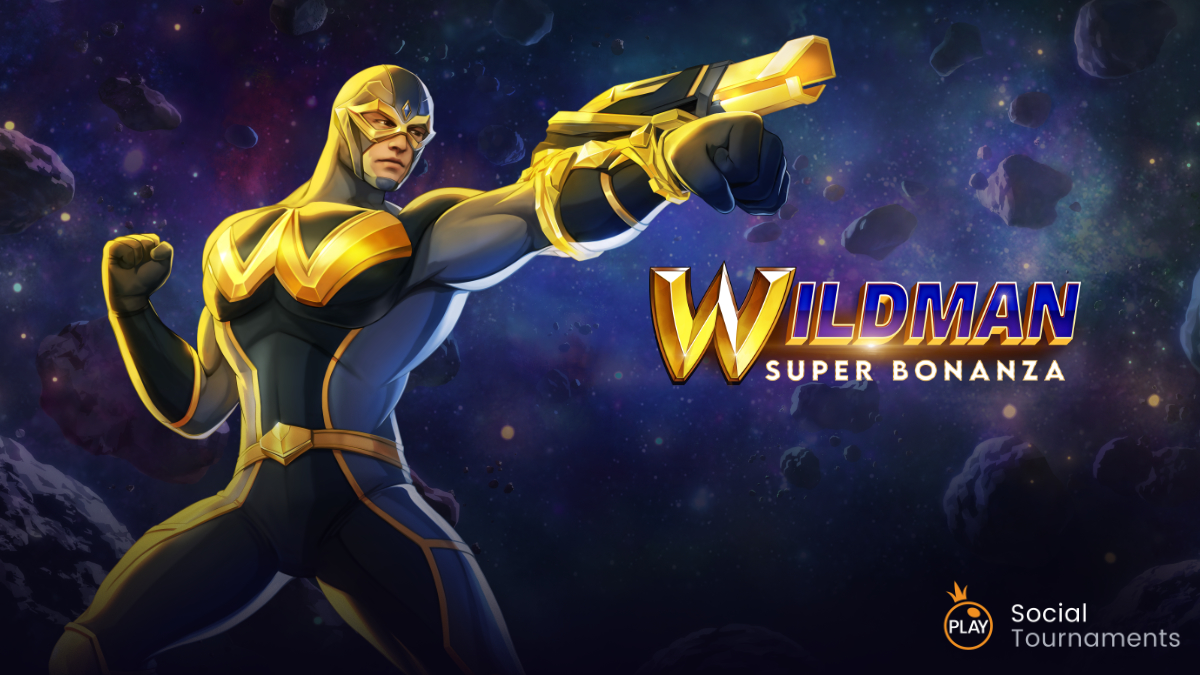 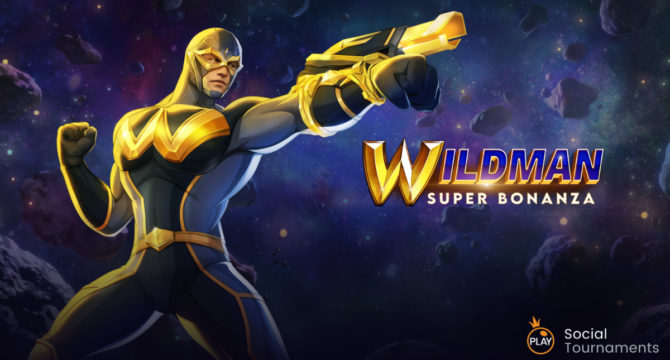 Reach for the stars and land amongst the meteor shower passing through in this newest online slot from Pragmatic Games, Wildman Super Bonanza!

This latest Pragmatic New Slot release takes place deep in outer space, and yet at the same time in an 80s Superhero comic where one man rules the skies (and the reels)! Wildman Super Bonanza takes you to the stars to play for exciting spin modifiers, a juicy Tumble Feature, and an additional bonus feature that could see you bringing home fortune from your journey into the starry unknown!

Wildman Super Bonanza is set on an out-of-this-world 8×8 grid reel, in the depths of space, in a meteor shower filled with the wonder, magic and strength of Wildman – the superhero of the reels! Pragmatic Games Free Bonus rounds makes an appearance in the Super Fever Progressive Feature, as well as the option to purchase this feature at 100x your total bet if you’re in a hurry to get back to Earth!

With a Max Win of 10 000x, and five various Spin modifiers in the base game, you’ll be smiling all the way to the stars as you blast off to fortune and good luck! Bets start at a minimum of $0.20 and can be increased to a massive $100 if you’re feeling like Wildman is about to laser the reels to reveal one of the spins features the game offers!

This online slot has a Tumble Feature which makes all winning combinations from a spin disappear, all remaining symbols drop to the bottom of the screen, and new symbols fall from the top to fill in the empty positions – and hopefully another win off your base spin!

You’re also treated to Spin modifiers that appear in the base game at random after each spin, this special feature could see you bag an extra spin with the Time Rewind feature, transform a random symbol on the screen into a Wild with the Wild Illusion feature, or add random blocks of 2×2 sized symbols added to the reels in the Double Boost Feature with additional modifiers also available either adding Wild symbols or creating colossal symbols for you to win off!

Wildman has also brought in the Super Fever Progressive Feature that has winning symbols explode during the Tumbles and fill a meter to eventually trigger this bonus feature for up to 5 levels of winning fantastic amounts!

If, however you’re feeling lucky, you can also purchase the Progressive Feature at 100x your total bet and head on back to Earth to celebrate with the Earthlings you know! All you need to do to get in on the galactic fun with the “reel” superhero Wildman, is strap into your spaceship and head on straight up until you reach the glittery blackness of the galaxy. For all the tips and tricks to do so, have a read through our Wildman Super Bonanza Slot Review for more details on this latest Pragmatic Play Slot Release!