Unleash the fury of the Greek gods with Sword of Ares in the latest Tournament of the Month! 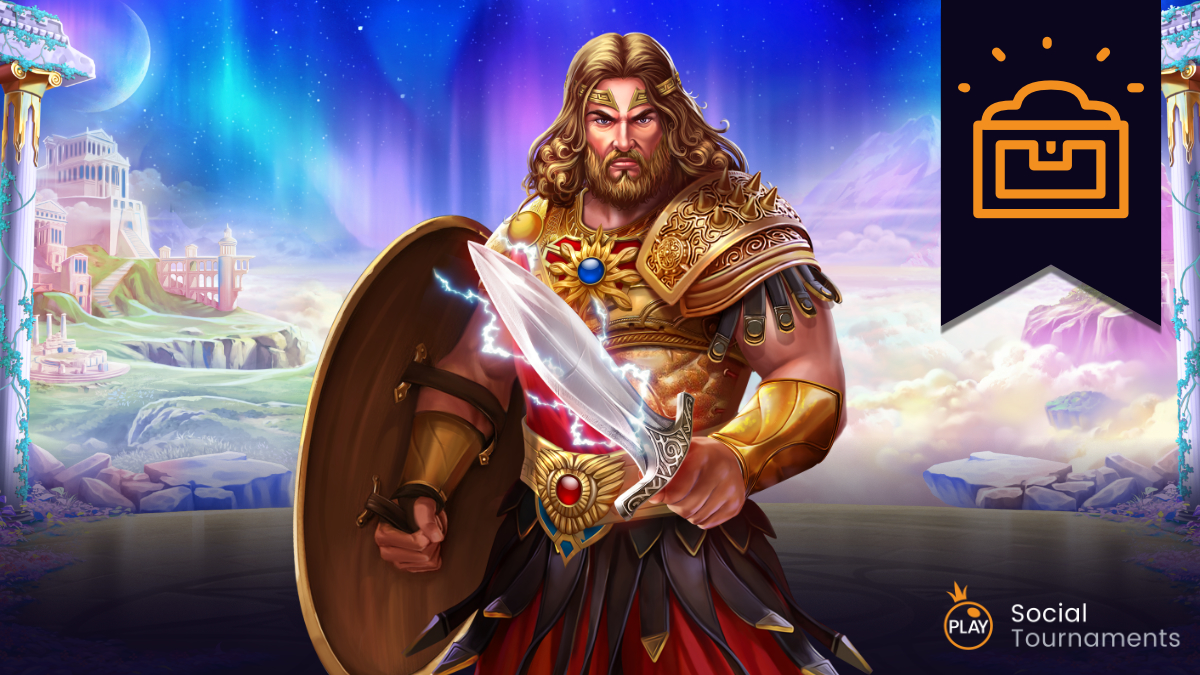 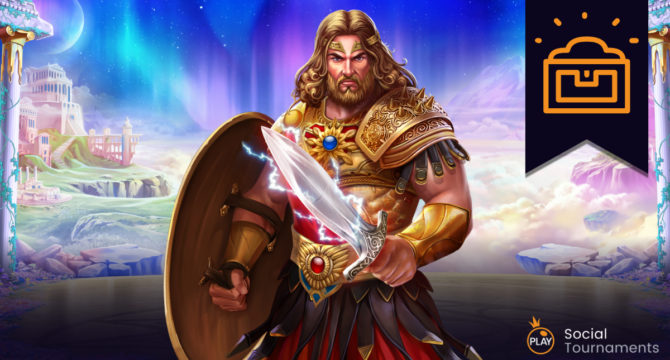 One of the Twelve Olympians, the son of Zeus and Hera, and known as the Greek God of War and courage, brings you an exciting month filled with action-packed reels, thrilling gameplay, and a mega Prize Pool for only the bravest of players! The Tournament of the Month will be hosted by none other than the Sword of Ares slot – as voted by you on our Social Tournaments Discord Channel, and we’re ready to welcome the mighty Ares to a world he might be all too familiar with – so let the tournament begin!

Sword of Ares Slot – Tournament of the Month in November!

Set below the mythical Mount Olympus, stands a warrior ready to go to battle on the reels – and just for you! Sword of Ares is set on a 5×6 grid reel with 20 paylines to match symbols into clusters anywhere on the reels. The online slot comes with the Tumble feature which offers players the chance to bag extra wins after a winning spin in both the base and Free Spin games.

The Tournament of the Month takes place roughly at the middle of each month and can be joined by either purchasing a Qualifying Golden Ticket through our online store, or you can win one playing one of the Qualifying Tournaments we have available. Players get voting a week before the new tournament starts via a poll on our Social Tournaments Discord Channel and decide on which game they’ll spend the next month spinning the reels on – making this our most player-involved tournament we have on offer! With the ball in the court of the player each month, you get to place your vote and decide which top Pragmatic Play slot gets the coveted role of keeping you entertained for a full month with us!

Sword of Ares Slot Tournament of the Month – Prizes to Win

This slot tournament has a Prize Pool of a whopping €9000 that will be shared amongst the top-ranking players on the leaderboard once the tournament ends. You’re also given the chance to win added prizes of Lootboxes and Coins – with the top 5 spots on the leaderboard guaranteed a win of up to €300 in Cash Prizes! Players 6 to 550 will take home up to €125, with positions 1 to 1000 also taking home item prizes such as Lootboxes filled with the best Social Tournaments surprises!

Join in the gruesome action with Ares, the God of War and Courage bumping the reels to hopefully bring you exciting wins in his online slot! With prizes such as Cash, Coins, and Lootboxes up for grabs, all you need to do is purchase or win a ticket, get the reels spinning, and battle it out for your spot on the leaderboard in the Tournament of the Month played on the Sword of Ares slot by Pragmatic Play!