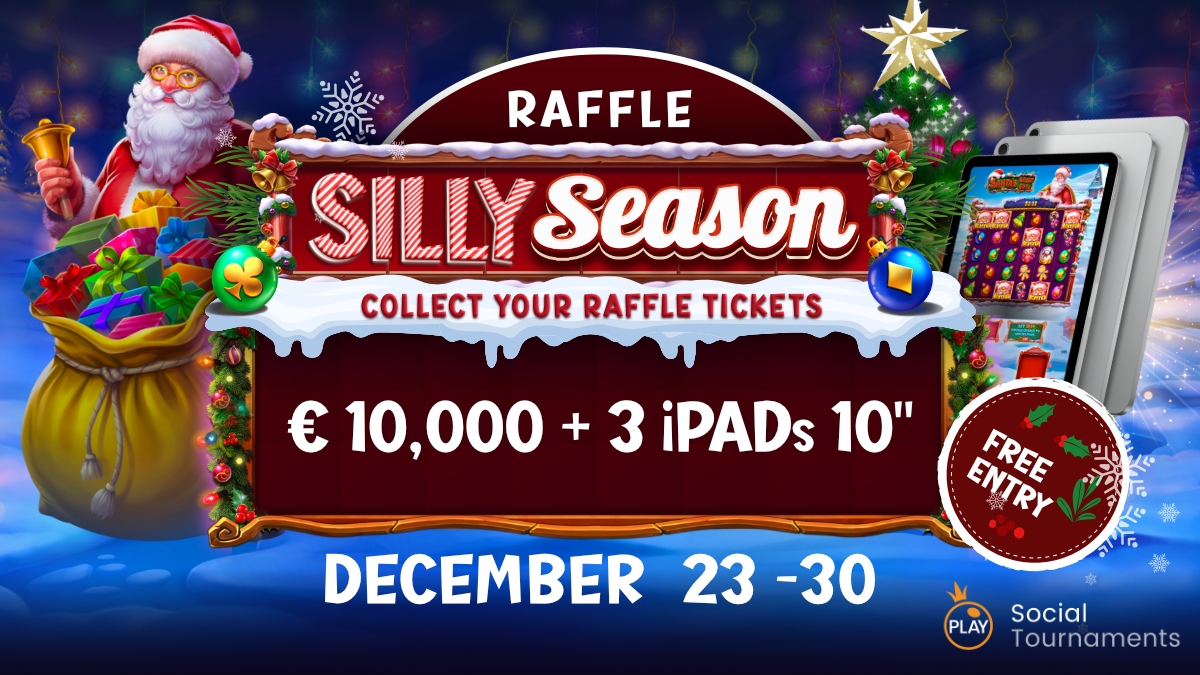 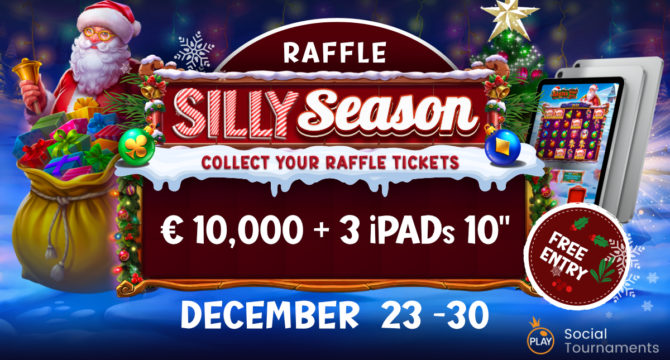 We’re ready to open the door and welcome players to the start of Social Tournaments’ Silly Season Extravaganza! With Christmas coming up, and New Year only a few days away – we decided to go crazy and offer players the chance of bagging a share of the generous Prize Pool and more all up for grabs in the Lucky Draw taking place before the start of 2023! Let’s find out how you can join in on the action!

As we mentioned in the Silly Season teaser, the World Cup events, and the Season of Giving might have more in common than one thinks. In our case, at least, the two events follow a similar structure, giving players the chance to spin the reels of their favourite Pragmatic slots while keeping the thrills alive with a lucky draw.

The first stage of the Silly Season, the Raffle Tickets Collection, starts TODAY! Head over to our tournament schedule page and play tournaments such as the Monthly, TNT Spins, or even Weekly Qualifiers to get in on the action – and if you’re new to Social Tournaments you can have a read through our tournament guide to see which ones are best for you!

With so many sweet surprises to bring a smile to each player’s face, there’s no wonder these special tournaments and events draw in thousands of players from across the globe – so you’ll want to get in on the action before time runs out and the Lucky Draw takes place on the 30th of December!