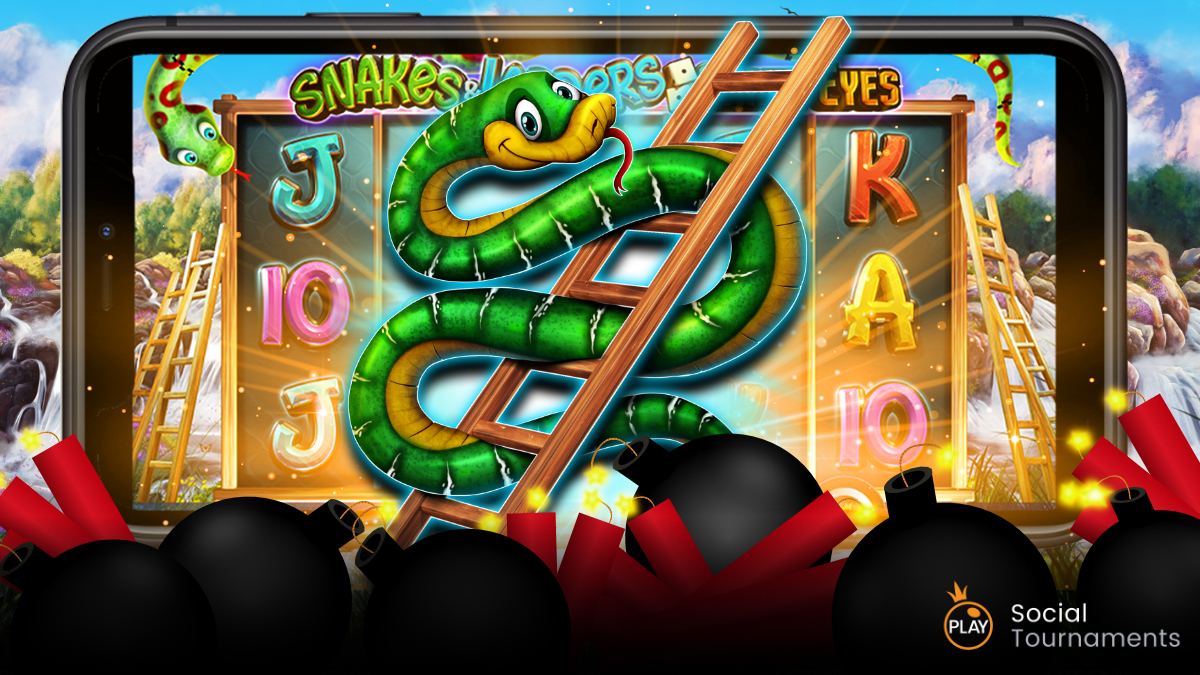 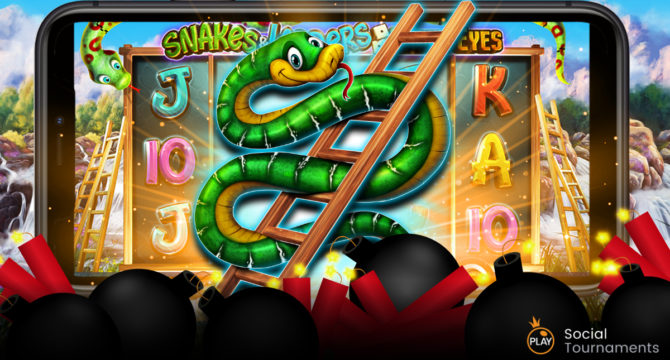 You only have 4 days left to join the current TNT Spins Slot Tournament, played on the Snakes & Ladders Snake Eyes slot from Pragmatic Play! Enjoyed by thousands of players each week, you have just a few days to get the reels spinning and dice rolling for the explosive Prizes on offer with this exciting slot!

Pragmatic Play has decided to bring a familiar board game to the iGaming world in a second online slot in a famous series – and players can access it via either their mobile or desktop devices, so no one has to worry about missing pieces! Snakes & Ladders Snake Eyes comes to players on a 5×3 grid reel in the jungles of Pragmatic Play’s virtual National Park! This online slot comes with a Wild Dice Symbol that can land on either 1, 2, or 3 dots on the reels, bringing along a 1x, 2x, or 3x Multiplier!

You’re also treated to a bonus feature with a thrilling twist with the Snakes & Ladders Board Bonus round that can be triggered when you land a minimum of 3 Bonus Symbols on the reels! The round will start, and a new screen opens with a 12×12 Snakes & Ladders replica board game where you’ll get up to 16 dice rolls to make your way to the top spot using the Ladders (and not the snakes) to your advantage! The bonus round the Monkey Head moves to your position as decided on by the result of the dice roll, and can land on a Money Award, Multiplier, Ladder, Snake, Banana to add more Money Values to the board, and the Final Position which adds 1000x to your total bet!

All you need to do to get in on the fun is redeem the code below before time runs out, so you get to experience the TNT Spins Tournament and the Snakes & Ladders Snake Eyes slot! You’ll be given 1000 Spins to play (or climb) your way to the top of the leaderboard for your share of the €250 Prize Pool and a whopping 425 000 coins! Remember the dice stops rolling on the 19th of December, so you only have a few days left to get in on the fun tournament action – played by thousands of players each week!

Redeem the code and get playing the latest TNT Spins Tournament before featuring an exciting Bonus Round and a 5300x Max Win in the Snakes & Ladders Snake Eyes slot from Pragmatic Play!