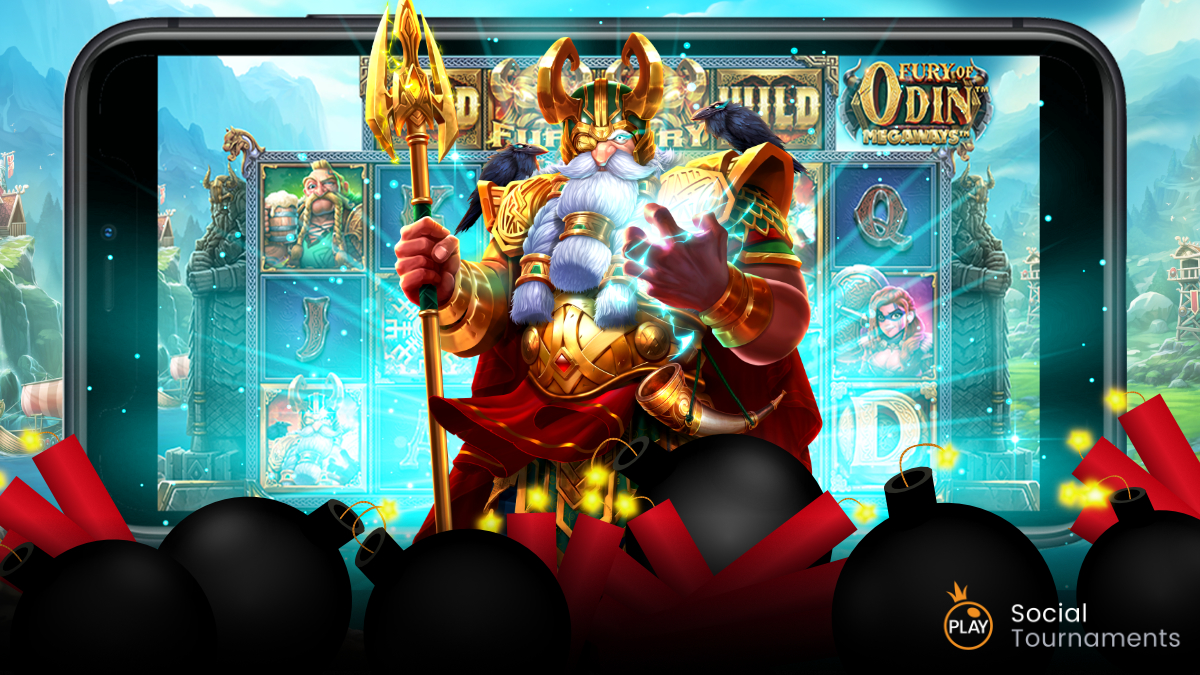 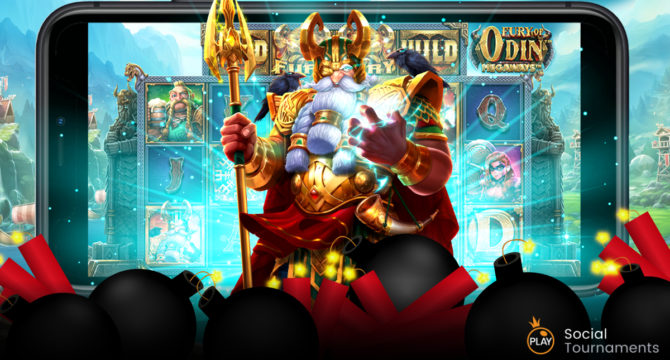 The mighty god of War is pleased with the battle he’s seen thus far – but he wants the last few days of the TNT Spins Tournament to be filled with gruesome action on the reels and we need you to bring the action! Set on the Fury of Odin Megaways slot by Pragmatic Play, you’ll get to spin the reels in hopes of landing the top spot on the leaderboard for your share of a spectacular Prize Pool!

Pragmatic Play has made a deal with Odin himself for his fury and might to be encapsulated in an online slot, so players around the world will know of his power on the reels. In true Pragmatic Play style – they understood the assignment and brought players the exciting Fury of Odin slot! Perched amongst the clouds lies his Kingdom, where the cheers of the players in the tournament can be heard for miles – all you need to do is make your way to the Social Tournaments arena and get the reels spinning!

While winning can be done in the base game, you also have the Max Ways Guaranteed Win feature which can be triggered at random on a spin that results in no win. The symbols will then change into a new configuration, with enough on each reel to form the maximum possible number of ways to win with a guaranteed minimum of 10x your total bet! You can also trigger the Free Spins round when you land 4 or more Scatter symbols on the reels to form the word “Odin” to be awarded with 10 Free Spins in your quest to the game’s 15 000x Max Win! With an added Tumble, Ante Bet, and Buy Free Spins feature – all you need to do is get your ticket, give the reels a spin, and make it to the top of the leaderboard before the 16th of January!

Redeem the code below to get your ticket to the TNT Spins Tournament on the Fury of Odin Megaways slot. You’ll be given a whopping 1000 spins to try and make your way to the top spots of the tournament’s leaderboard for your share of the €250 Prize Pool and a massive 425 000 coins! Remember the action stops on the 16th of January, so you only have a few more days to get in on the tournament played by thousands of players each week!

Redeem the code and get playing the latest TNT Spins Tournament before featuring an electrifying Bonus Round, unique Fury Feature, and a 15 000x Max Win in the Fury of Odin Megaways slot from Pragmatic Play!