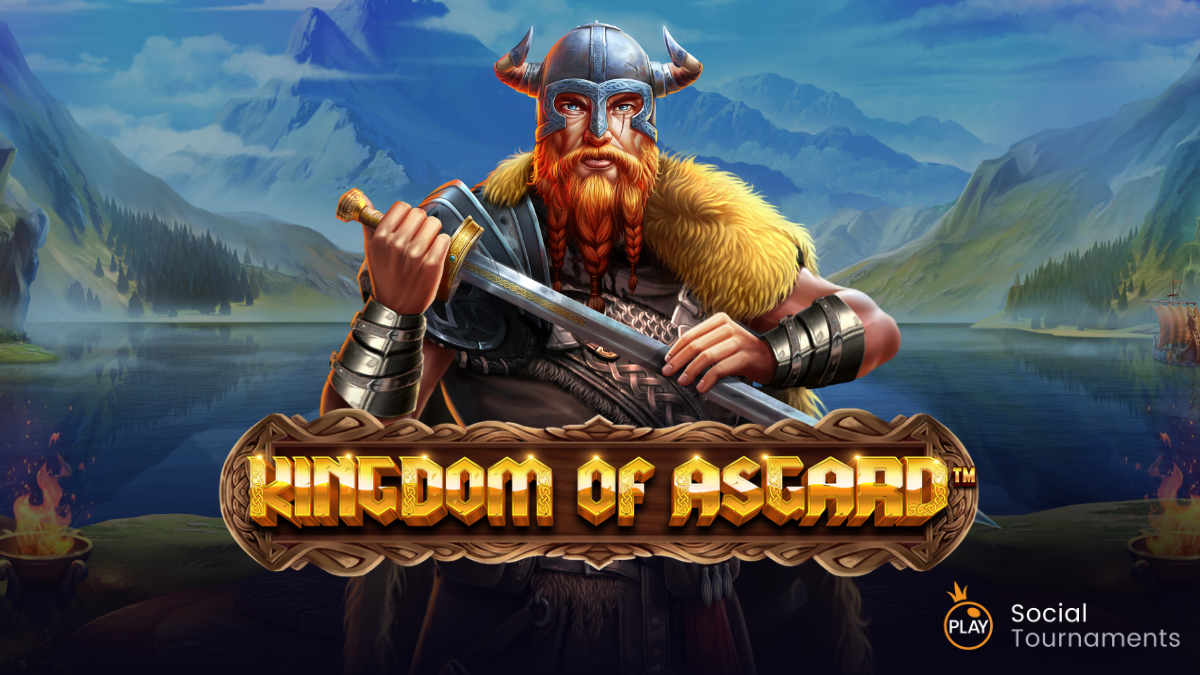 This online slot comes with some of the most beautiful scenery we’ve seen, with the reels set alongside a beautiful blue lake, with fire pits sizzling away as Odin’s ships float peacefully in the distance. With views so mesmerising, you may forget the warriors on the reels, ready to fight with a vengeance!

Kingdom of Asgard slot is no picnic on the lake – featuring two spectacular bonus rounds, and a high-paying base game, you’ll have some of Odin’s most feared warriors on your side as you battle the reels for victory!

This latest slot release is set on a 3×5 grid reel, framed in wood with carvings of dragons, eagles, and Viking-like patterns in what could be seen as the Kingdoms coat of arms. Fire pits flicker away next to the reels, and when you bag a massive win, or land a bonus round, they engulf the screen in orange and red flames. To win in the base game all you need to do is match Odin and his army of warriors into one or more of the 20 paylines this game offers. The game comes with a 5000x Max Win, which in this online slot can be won in the base game and the Free Spins round – talk about the magic of Asgard!

The Kingdom of Asgard slot comes with a Money Collect Feature which has 5 Collect symbols that each behave differently when Money symbols land on the reels – with each symbol collecting the values and boosting your playing balance. Land 3 or more Bonus symbols on the reels to trigger the Free Spins feature with 8 Free Spins – and with the added Money Collect Feature present during this round, you may just win more than you bargain for! The Free Spins round also has progressive feature that gathers all the Collect symbols that land on the reels during this round, and for every 4th Collect symbol added, players are awarded an additional 8 Free Spins with an increased multiplier up to 5x for each retrigger!

The reels come with animated warrior symbols striking their swords and weapons when winning combinations are hit with them. With 2 Bonus rounds and the option to win up to 5000x in both the base and Free Spins round, this online slot might just be worth the battle required for the glorious wins that can be expected! Have a read through our Kingdom of Asgard slot review for all the action-packed details before heading into battle with the god of war and his Valkyrie!