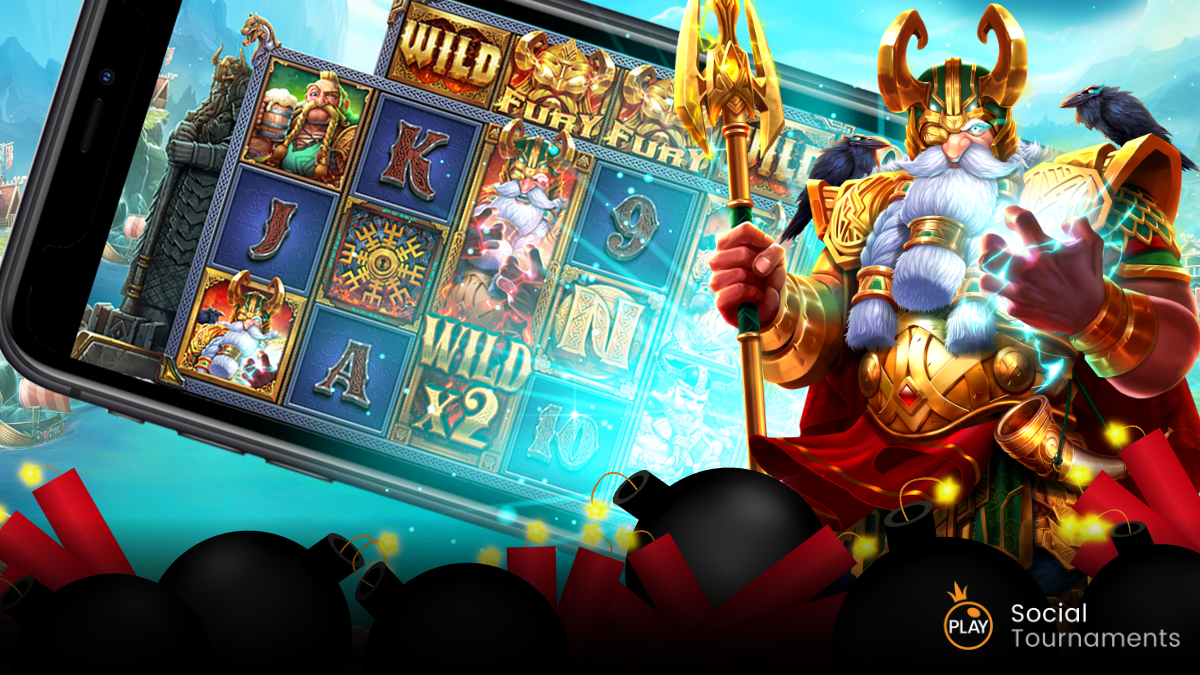 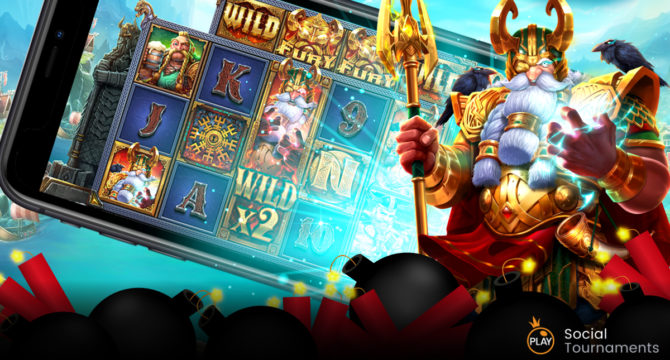 The Norse god of war has lost his temper and taken over the reels in search of thrilling gameplay, and an action-packed tournament! His advisors sought help from the team at Social Tournaments and we decided to give him exactly what he wants in the latest TNT Spins Tournament! Pragmatic Play stepped up and gave him his very own online slot and paired with the help of the mighty Megaways engine, this battle is one you don’t want to miss – on the Fury of Odin Megaways slot over the next ten days!

Amongst the clouds and invisible to the human eye, lies a kingdom ruled by a mighty King, with supernatural powers. The Kingdom of Asgard has opened its gates and invited thousands of players from the Social Tournaments world to enter for the explosive TNT Spins Tournament. In the majestic arena of the Valhalla palace, warriors can battle the 6×8 grid reels and match Odin and his soldiers into one or more of the whopping 117 649 ways to win this slot offers.

This slot comes with the impressive Fury Feature which can be triggered whenever a Fury symbol lands on the reels. Once this happens, all the symbols below it will transform into Wild symbols – and if after the transformation the Fury symbol doesn’t connect to any winning combination, the game will automatically respin all symbols on the screen except the Wilds. This will continue up until at least one winning combination lands with the Wilds on the reels!

The TNT Spins Slot Tournament has only recently been added to the list of tournaments we have available to play – and has proven to be one of the more popular ones with thousands of players getting in on the explosive fun each week! The slot tournament lasts for 10 days, and players are given 1000 spins to get to the top of the leaderboard for their share of the €250 Prize Pool and 425 000 coins! The thunderous fun with Odin will begin on the 6th of January and continue for an electrifying 10 days up until the 16th of January – redeem the code below to get the reels spinning with Odin and his army!

Redeem the code above and get playing in the Fury of Odin Megaways slot, for exciting gameplay and an explosive prize pool from your Mobile or Desktop device!