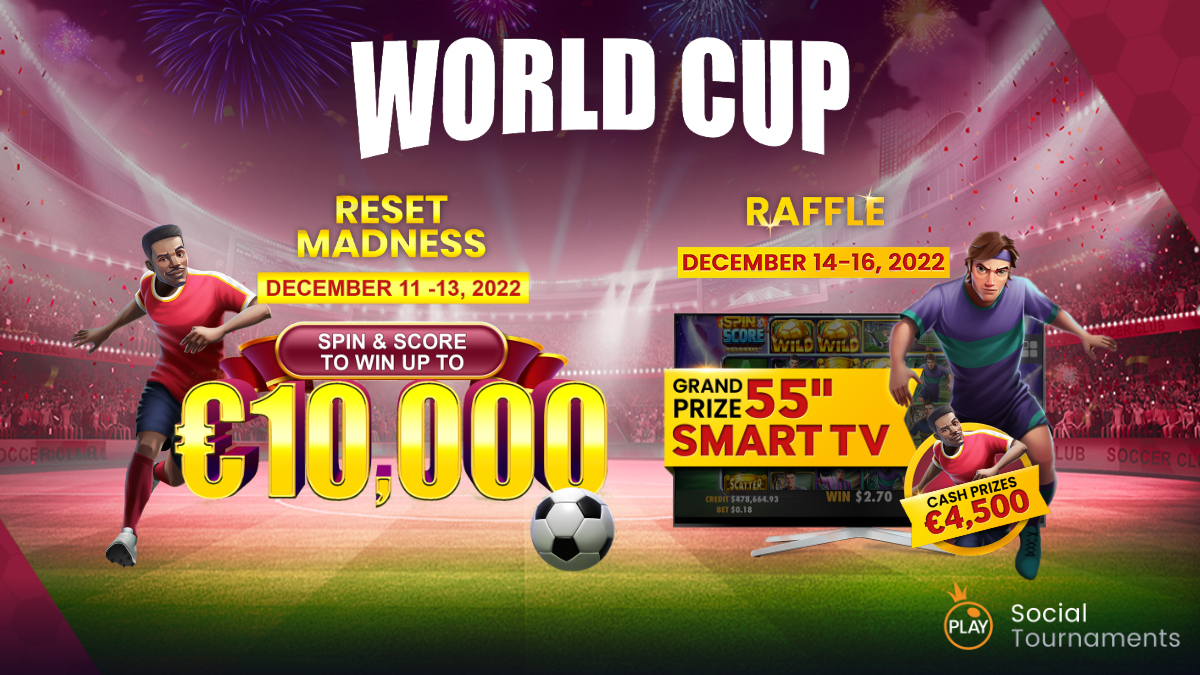 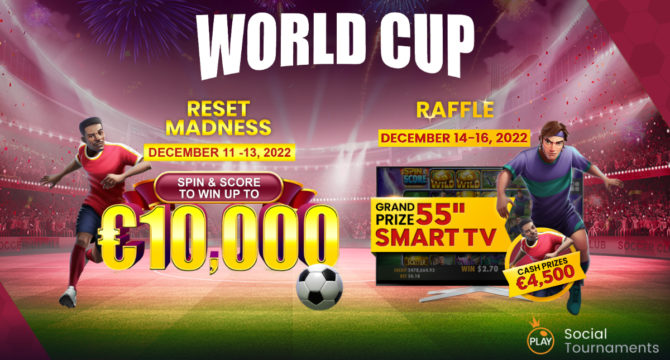 Watched by over a billion people across the globe, united in a love for a single sport – where only the best makes it through to be crowned number one in the world, the 2022 World Cup is here! This December Social Tournaments has decided to bring the football action straight to you in a few of our exciting events we have lined up!

This December, as the most watched tournament in the world comes to an end, we decided to get in on the tournament celebrations with our players – Social Tournaments style! You can look forward to an extravaganza in true World Cup fashion with an exciting type of Tournament on one of Pragmatic Play’s exciting football-themed games, where players will have a set timeframe to spin the reels as many times as they can all in the hopes of scoring it big with a generous Prize Pool!

We’ve also added in a special event, not unknown to our players, where they can log into their Social Tournaments account, and collect special tickets by playing tournaments we have available – with one tournament played giving them one chance to walk away with a share of the juicy Prize Pool. And there’s more – a surprise different from anything we’ve done here, at Social Tournaments, which might be perfect for Christmas!

With all the action taking place this December, you’ll need to keep your eyes peeled to your emails and our News Page, where more information will be given on the events we have running to celebrate the most watched tournament in the world, where teams battle it out – like our Factions do each season! Join in on the fun whether you’re an avid Football fan, or a Social Tournaments fan – there’s something for everyone this December!