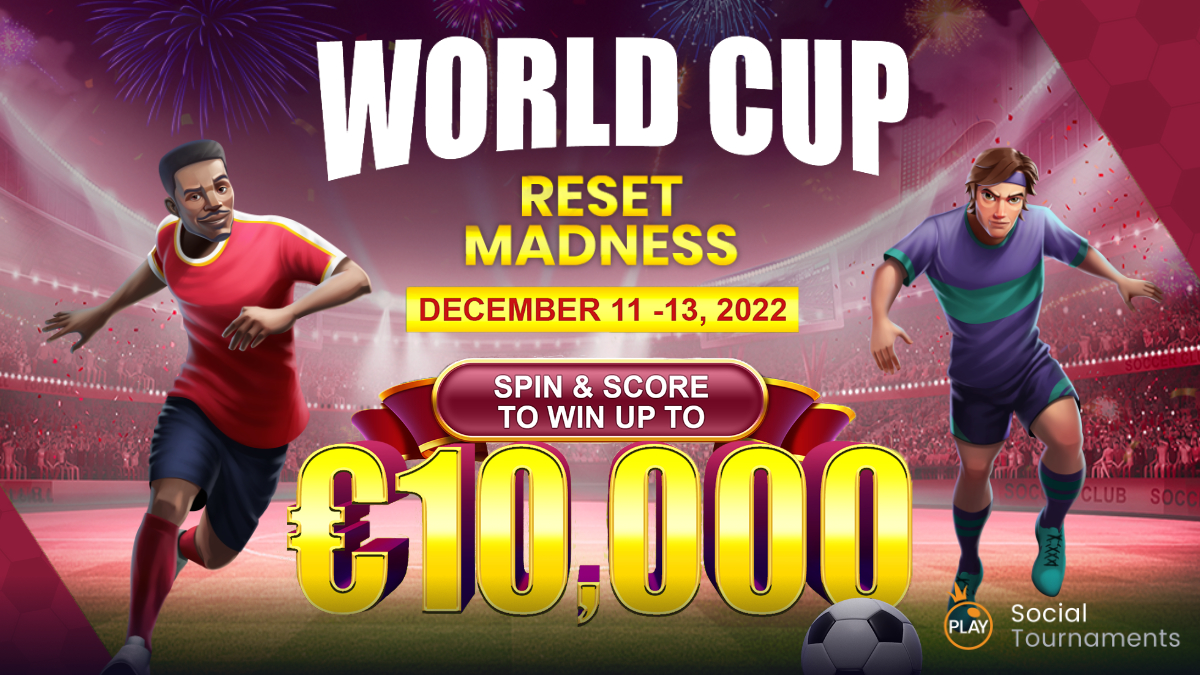 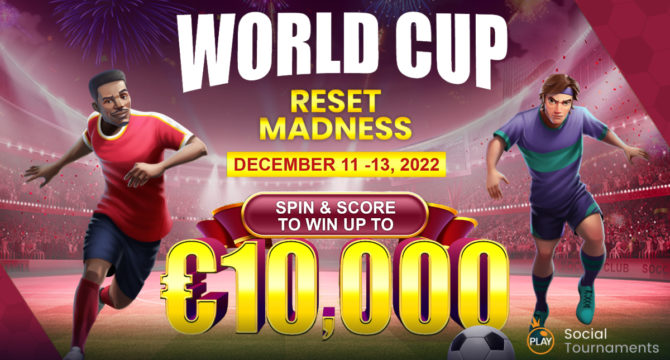 The 2022 World Cup has brought the best teams from around the globe to one location, to battle it out for the top spot as the best in the world. To join in on this momentous occasion Social Tournaments has decided to host a Football-inspired event of our own – with only the best players from around the world competing for a lucrative Prize Pool.

The World Cup event consists of three major focus points that are strongly linked by the all-powerful slot spirit. Here’s the roadmap for the upcoming events:

The first stop on our way to the raffle draw is the Reset Madness Tournament held on the 6×7 pitch in the Spin & Score Megaways slot, where up to 117,649 ways to win are available. Lasting three days, between the 11th and the 13th of December, this slot tournament comes with a massive prize pool of €10,000 that’ll awaken the football spirit inside you.

Let the symbols line up in the winning formation and give your all on the field until the final whistle on the 13th of December to stand a chance of winning a slice of the €10,000 prize pool!