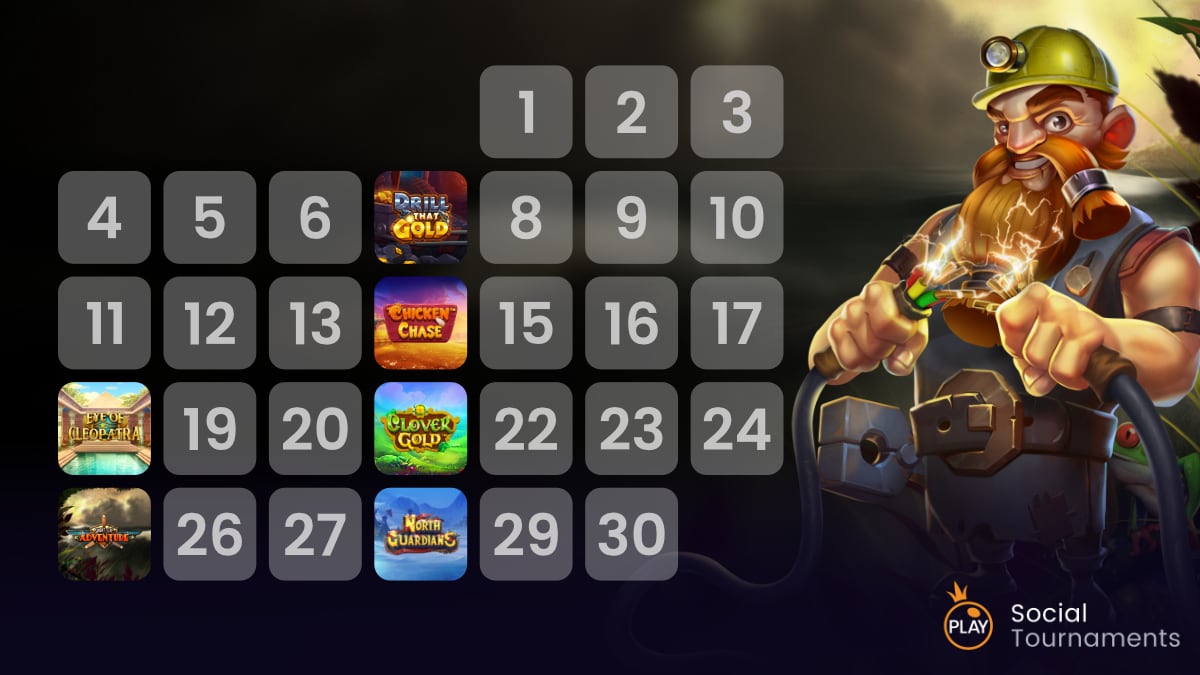 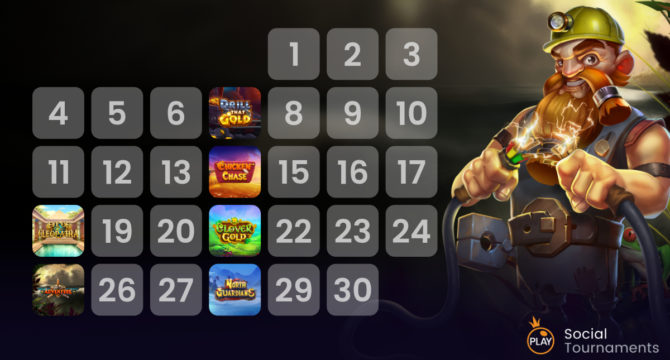 April has been a month full of surprises for us at Social Tournaments and for the content provider of the moment, Pragmatic Play. The provider has not only launched its Sportsbook, which will make the subject of a different article, but also released a couple of top-notch online slots with pretty neat features.

The provider started the month on the right foot, launching a gold-digging 3×5 videoslot packed with blasting features and gold nuggets! Following a mining theme similar to the one in the Gold Rush slot, the Drill that Gold slot boasts a Drill Feature that can transform Drill Symbols into Wilds carrying multipliers of up to 100x the total bet. The slot also provides Spin Modifiers and Free Spins, during which the Gold Drill awards money prizes.

Embracing the simple country life, the Chicken Chase slot introduces a Spin and Hold Feature that allows players to select the reels they want to hold and the ones they want to spin. In addition, the 5-reel video slot features a bonus round where players need to hand-pick a chicken to get their hands on prizes of up to 150x!

Heading to Ancient Egypt once again, the provider took a different route this time, choosing to entertain their players with a new lights pattern feature in the Eye of Cleopatra slot. The eye on the right of the reels might randomly light up in the base game, displaying a pattern of lights that will be copied on the reels with Wild Symbols. In the Free Spins, the eye shows light patterns on every spin, with patterns of eight Wilds being available for 6, 12, or 18 Free Spins.

Exploring the land of the fairies once again, the provider chose the leprechaun theme for its fourth 5-reel release, the Clover Gold slot. Boasting a Money Collect Feature where you can collect money values with the help of five Collect Symbols, the 20-payline online slot also comes with a Free Spins round during which players are awarded more Free Games and bigger multipliers for every 4th Collect Symbol hit.

The Spirit of Adventure slot, the latest 5-reel online slot release in collaboration with Reel Kingdom, takes players deep inside a jungle, where precious gems and intriguing relics await to be discovered. Together with the heroine, who gives off Indiana Jones vibes, players are encouraged to enter the Free Spins, where Relics act as Money Symbols, increasing the multipliers of future wins created with specific relic symbols.

The provider ends the month in the cold lands of the Vikings. The North Guardians slot boasts a 5×5 reel layout, with 50 active paylines at all times. Players who reunite the two halves of the rectangle marking looming behind the reels are awarded a spin of the Wild Patterns Wheel. If the wheel stops on a pattern, said pattern will be copied on the reels with Wild Symbols. If, however, the wheel stops on a Level up slice, a random level of patterns is unlocked. The Wild Patterns Wheel is active during the Free Spins, awarding Wild pattern after Wild pattern on each spin.

All in all, April seems to have been a busy month for Pragmatic Play. The provider took players on all sorts of adventures, without forgetting to freshen up the gameplay with a couple of new features. With so many thrilling titles launched this month, we cannot wait to see what May holds!