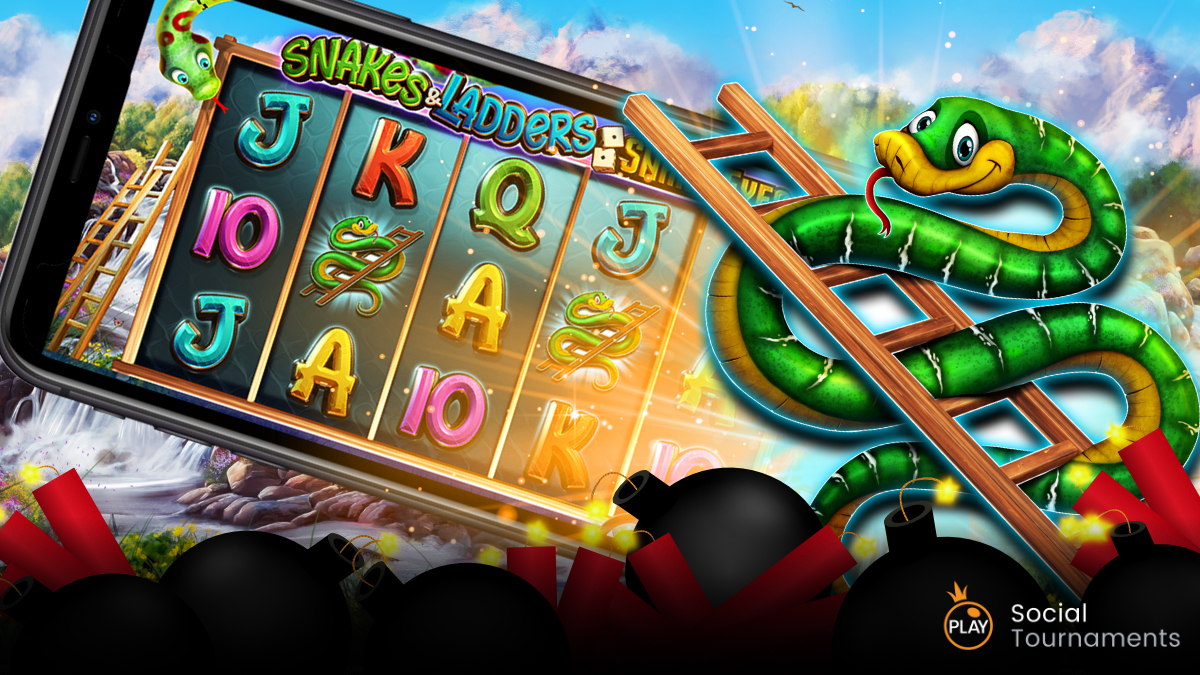 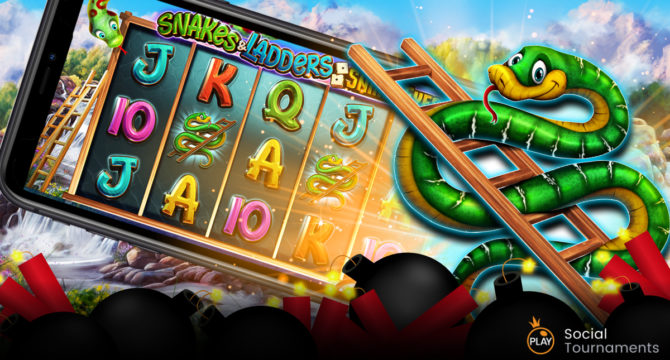 Playing a game of Snakes & Ladders might take you back to a simpler time, where watching your favourite cartoons happened to be the most important priority! Pragmatic Play has decided to bring a bit of our younger years into the online slot world in the fantastic Snakes & Ladders Snake Eyes slot! The TNT Spins Slot Tournament is played by thousands of players each week, giving players the chance to play some of Pragmatic Play’s most exciting slots in hopes of bagging the generous – and one of our most popular Prize Pools!

Set at the bottom of a majestic waterfall, in what we’ll dub “Pragmatic Play National Park” – this online slot comes to you on a 5×3 grid reel framed in wood, with ladders leaning on it for support! The reels come packed with Snakes, Bananas, and a Mighty Gorilla for you to match into one or more of the 10 paylines this slot offers. The Wild Dice symbol also makes an appearance on the reels and substitutes for all symbols except the Bonus, but when it lands on the reels it could carry a multiplier of up to 3x!

The Snakes & Ladders Board Bonus round can be triggered when you land 3 or more Bonus symbols on the reels. Depending on the number of Bonus symbols that land and trigger this round, the number of rolls awarded is up to 16! The screen then changes to a 12×12 grid with 144 squares in the style of a Snakes & Ladders board – complete with ladders that move your position up, and snakes that move your position down! During this bonus round, for each roll the 2 dice will give a random result from 1 to 6 each, the Monkey head will then move the number of places shown on the set of dice – in the hopes of getting to the final square where epic wins await!

The TNT Spins Slot Tournament has only recently been added to the list of tournaments we have available to play – and has proven to be one of the more popular ones with thousands of players getting in on the explosive fun each week! The slot tournament lasts for 10 days, and players are given 1000 spins to get to the top of the leaderboard for their share of the €250 Prize Pool and 425 000 coins! The booming fun with the Snakes & Ladders Snakes Eyes slot will start on the 9th of December and continue up until the 19th of December – giving you lots of time to get in on the action!

Redeem the code above and get playing in the Snakes & Ladders Snake Eyes slot for exciting gameplay, epic prize pools from your Mobile or Desktop device!