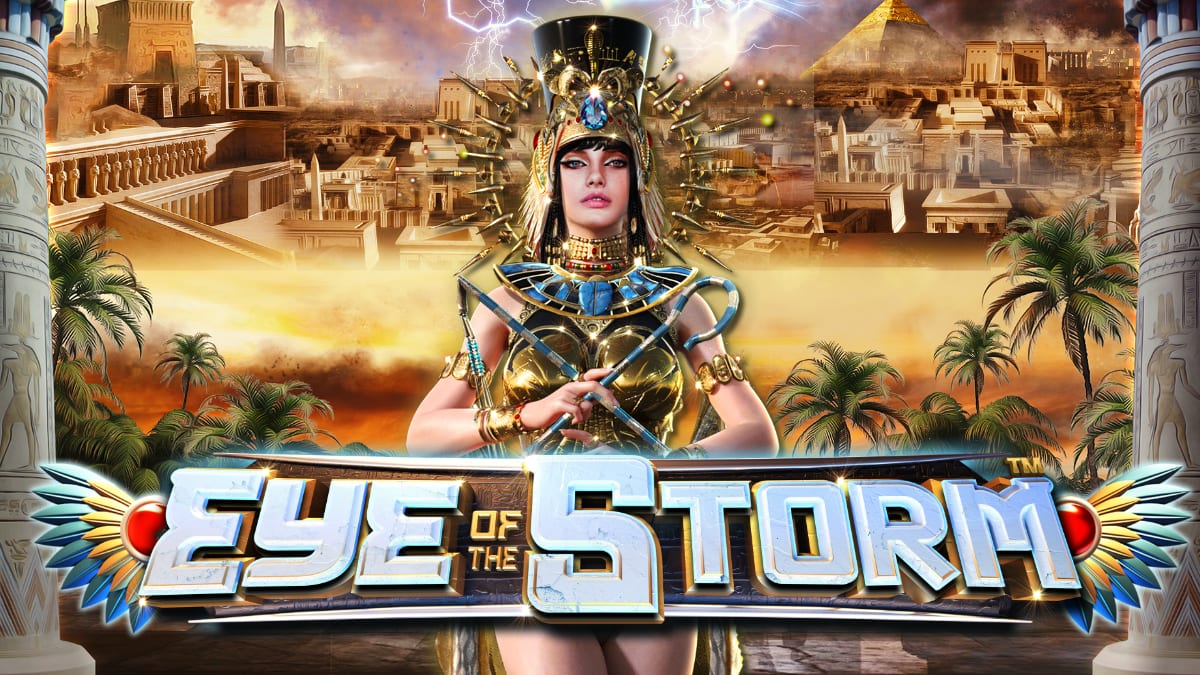 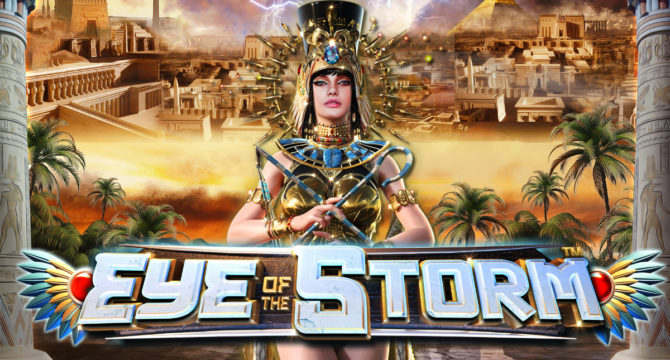 Take shelter inside the pyramids in the latest slot from Pragmatic Play and Reel Kingdom – Eye of the Storm. This engaging videoslot gives us a Wild Symbols depicting a fearless Goddess that can expand on all reels in the base game. Played on a rather classic grid with five reels and ten paylines, this high volatility online slot brings an unusual touch for an Egyptian-themed slot: dark clouds and lightning bolts in the background. The Wild Symbol is the central element, for it can replace all the other ones in the base game and update the symbols in the Progressive Free Spins Feature. The game triggers the Free Spins for at least 3 Scatter on the screen. This bonus round features a progressive twist, encountered in other slots such as Street Racer or Emerald King Rainbow Road, another thrilling title by Pragmatic Play and Reel Kingdom. The only way you can advance is by landing as many Wild Symbols as possible. For one Wild, the game awards one more Free Spins and increases the level by 1. Hit two Wild Symbols on the same spin, and you will play three additional Free Spins while the level increases by two. If three Wild Symbols appear on the grid, you are awarded five Free Spins with the level increasing by three. The levels come with one more surprise: the symbols replace each other, from the low paying ones to the high paying ones. Thus, at Level 2, the Folding Fans are replaced by the Ankhs, while during Level 3, the Scarabs take the Ankhs’ places. The Birds replace the Scarabs during the fourth level, while at Level 5 the Cheetahs take over the screen. At the last level, you will be playing with the most valuable symbol on the reels – the Eye of Horus. Pluck up your courage, face the storm sent by the Goddess and get your hands on the treasure of up to 1000x the bet. Play other online slots built in collaboration with Reel Kingdom, as Book of Kingdoms and Big Bass Bonanza. The Eye of the Storm slot is also available as a slot tournament on Social Tournaments. Create an account for free and enjoy their slots tournaments to win a piece of their big prize pools.
Categories
News Tournaments
Popular
Introducing new Tournaments – More Free Cash Prizes!
Social Tournaments Celebrates €1 Million Paid Out Cash Prizes Milestone With More Giveaways & A New Feature
How to Redeem Code on Social Tournaments
Recent news