Explode the wins with Santa’s Great Gifts in the TNT Spins Tournament! 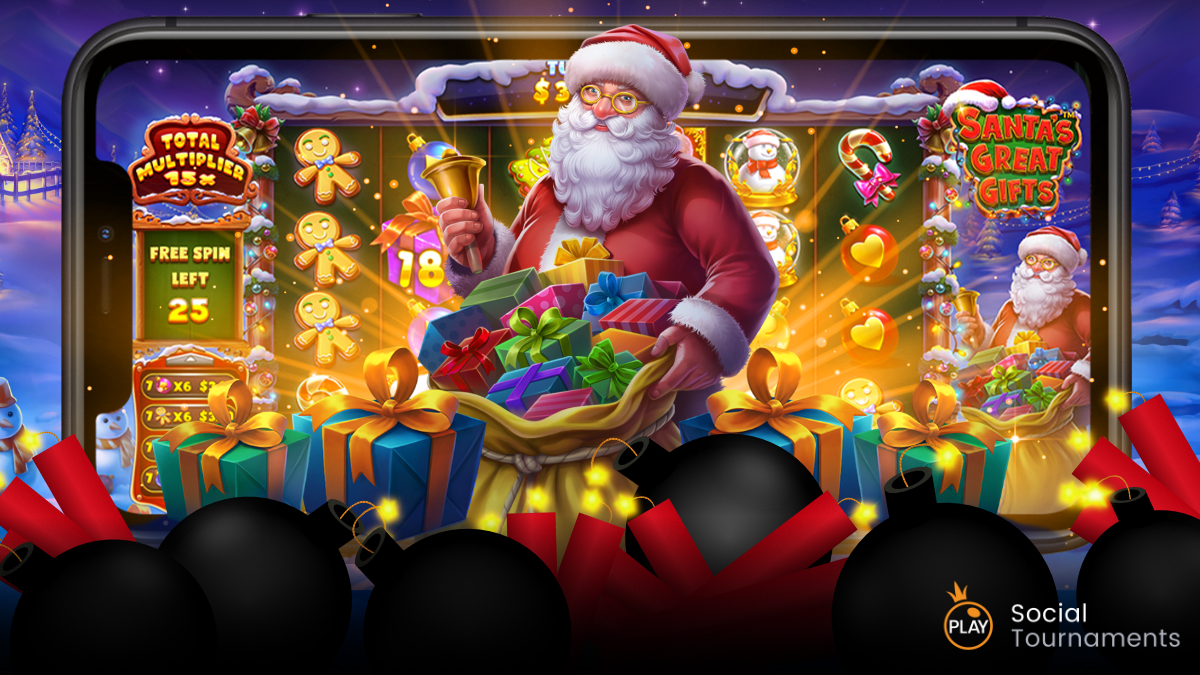 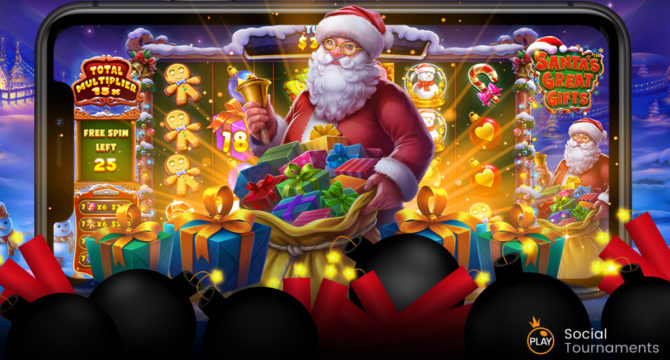 The year is almost over, and Santa is still roaming the skies giving players at Social Tournaments a chance to discover the booming Prize Pool in the latest TNT Spins Tournament! Played by thousands of players each week in the hopes of reaching the top spot on the leaderboard, the current TNT Spins Tournament is currently exploding and lighting up the North Pole skies in the Santa’s Great Gifts slot by Pragmatic Play – and you have 4 days left to get in on the Christmas action!

With Christmas just behind us, Pragmatic Play brought players at Social Tournaments a gift that keeps on giving in the latest TNT Spins Tournament played on Santa’s Great Gifts! Set on a 6×5 grid reel with Christmas-themed symbols to match into clusters for epic wins, with the added Tumble feature bringing in the chance of bagging more, this slot gives players the fun gameplay experience on the reels and the added goal of reaching the top of the TNT Spins Leaderboard!

To get winning in this slot the Free Spins round can be triggered by 4 or more Scatter symbols on the reels. The round takes lucky players through one of the 4 Levels the Progressive Feature offers offering a Max Win of 5000x! Also featuring an Ante Bet and Buy Free Spins option, players have the luxury of choosing how they’d like to get the reels working in their favour with this online slot!

This exciting slot tournament is played by thousands of players each week, with the reels spinning for a full 10 days and a massive €250 Prize Pool with 425 000 coins to share amongst the top players on the leaderboard! All you need to do to get in on the Christmas action is redeem the code below before the 2nd of January when the explosive fun comes to an end! You’ll be given 1000 spins to play and then its up to you and Santa to hopefully get you the juicy win you’re hoping to find underneath the tree!