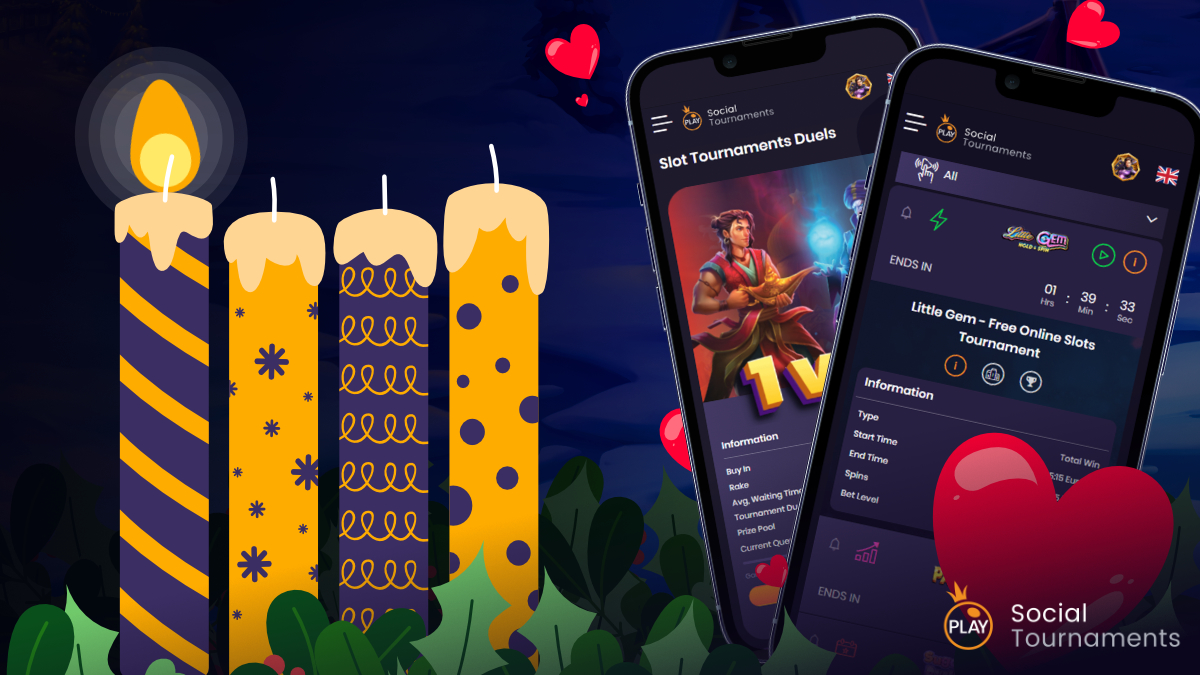 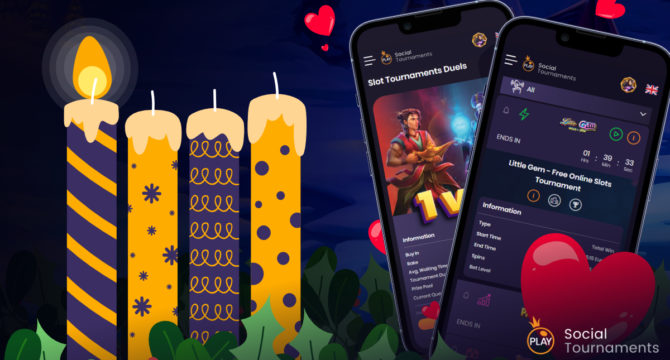 The festive season has begun, and we’ve noticed most players are in full Christmas Spirit this year – and with an added World Cup on the cards, we just had to surprise you with some of our own festivities! This year we’ve planned special Advent-themed articles to be opened each week starting with this one – because what better time is there to remember why we love Social Tournaments, than the most magical time of the year?! In true Social Tournaments style, a Reset Madness Tournament is nestled neatly under our Christmas Tree, addressed to everyone our players – so let’s get unwrapping!

Social Tournaments combines the best online slots by Pragmatic Play, together with the sheer fun of online tournaments to bring players an unforgettable gaming experience! With most tournaments on offer Free to play, such as our explosive TNT Spins Slot Tournament, and Exclusive Newsletter Tournament, winning has never been easier (if you’re lucky, of course)! Featuring more than 10 types of events, Social Tournaments has something for everyone, and the added option of Pragmatic Play slots just makes things even better for our players – especially when you get to choose which tournament you’d like to play in!

We like to keep things as close as possible to the real world, so this winter expect a madness tournament with a reset twist on the Spin & Score Megaways slot – that just might rival the real thing! This holiday season supporters all around the world are treated to one of the most famous sporting events for a month in the 2022 FIFA World Cup that will be held in Qatar from the 20th of November up until the 18th of December. To get in on the thrilling sports action, Social Tournaments will be hosting a Reset Madness Tournament on the Spin & Score Megaways slot from Pragmatic Play! Without giving too much away, this slot tournament might come with an added madness with it bring the second bigger Prize Pool in our portfolio of events we’ve had thus far – with more info to follow soon!

Aside from the Free Tournaments on offer, players can also battle it out on the reels in Social Tournaments Duels! For 1000 coins you can choose to play in a good ole’ 1 on 1 duel, or a Faction battle with your Faction for the season, battling the other Factions we have! For the 1v1 Duel you’ll be able to battle at any time by queueing up for a duel and paying the 1000 coins that’ll be added to the Prize Pool, while you compete against someone else. The only rule for this battle is that the winner takes the entire Prize Pool! The Faction battle allows your faction to compete against other Factions with all participants paying 1000 coins each, with the winning faction splitting the Prize Pool pot! What’s new, Season 13 comes with another duel option – the 2 vs 2 duels, allowing players to team up and play against two other players. There are so many reasons to love Social Tournaments, and with each new season we bring, we just keep adding more entertainment and action to the list – all you need to do is keep your eyes posted for the new features we’ve added!

Let’s get into the spirit of the season whether you’re up for an amazing slot tournament, or excited for the 2022 World Cup – Social Tournaments and Pragmatic Play have ensured that the December entertainment on offer, doesn’t disappoint! Keep your eyes peeled to our various communication channels for more information on what’s on offer at Social Tournaments this Christmas! 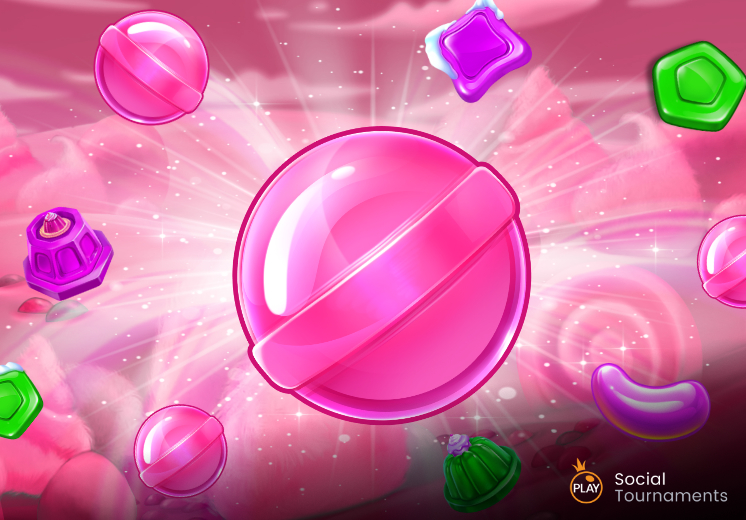 News
Celebrate World Bubblegum Day with these Pragmatic Play slots!
We use cookies on our website to give you the most relevant experience by remembering your preferences and repeat visits. By clicking “Accept All”, you consent to the use of ALL the cookies. However, you may visit "Cookie Settings" to provide a controlled consent.
Cookie SettingsAccept All
Manage consent