Latest Big Win with Down the Rails from Pragmatic Games! 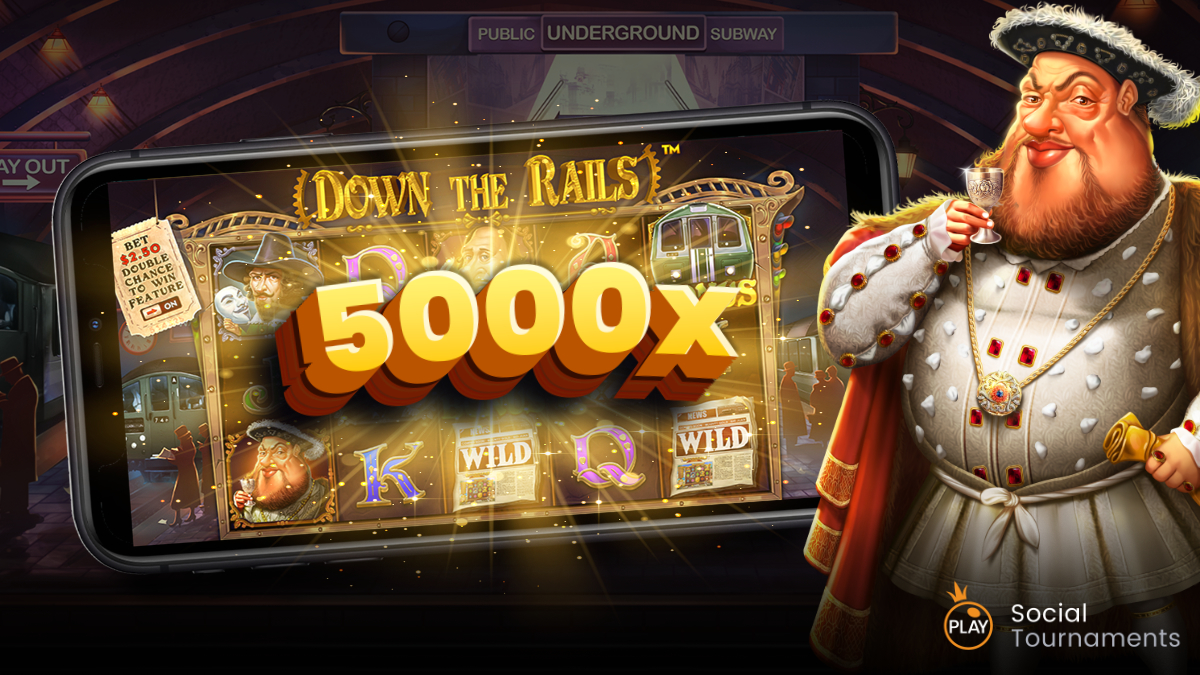 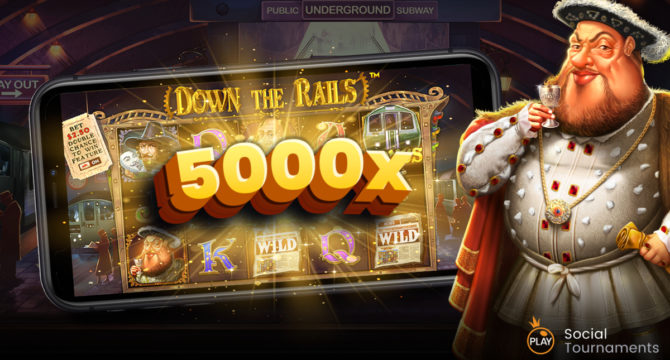 Taking the train to epic wins in the company of a few historical figures is what one lucky German player experienced recently when they won the Down the Rails slot Max Win of 5000x, in the Pragmatic Games Free Spins round!

Down the Rails Slot – Big Win!

Mind the gap and jump on the next train passing by the Pragmatic Play station in the London Underground online slot world! A German player recently decided to get in on the action in the subway instead of grabbing a cab and then got lucky with an amazing bonus round that got them to the game’s 5000x Max Win!

Landing 3 bonus symbols on the reels off a €1.40 bet, the End of the Line bonus feature triggered which is the game’s Hold & Spin round. The round started off with 3 respins on an empty grid, with special symbols stopping on the grid and resetting the number of respins back to 3 each time this happened. These special character symbols then converted to Money symbols with random values and remaining on the reels until the end of the round. After landing Extra Life, Prize Boost, Expand, and Multiplier symbols the game then ended when the player reached the 5000x Max Win and forfeited all bonus play!

The player can rewatch what we like to believe is one of his most glorious wins, or share it with his friends, thanks to the Pragmatic Replay feature, built into some of the Pragmatic Play slot games, allowing you to replay up to 100 of your best wins. To get to this function all you need to do is select the “replay” icon in the top right corner of the screen during gameplay. Using this when playing might help you when you reach that big win like this player did, so we can add it to the celebrations right here.

Down the Rails Slot – Gameplay & Features

This online slot themed after the London Tube system, with an added measure of historical characters making the trip with players such as a King, UK Prime Minister, Famous writer, Brilliant Nurse, and a Political Scientist to keep players company on the trip. The game is set on a 3×5 grid reel filled with the characters, train cars, and newspapers for symbols. The game comes with 20 paylines and a 5000x Max Win that can be won in any of the amazing features this game has to offer!

Winning can be done in the base game through normal gameplay, or with Random Spin features that could possibly hit after a spin. Land 3 or more Bonus symbols and you’ll trigger one of 5 Free Spin rounds each with a different winning path – and named after famous train stations in the London Tube!