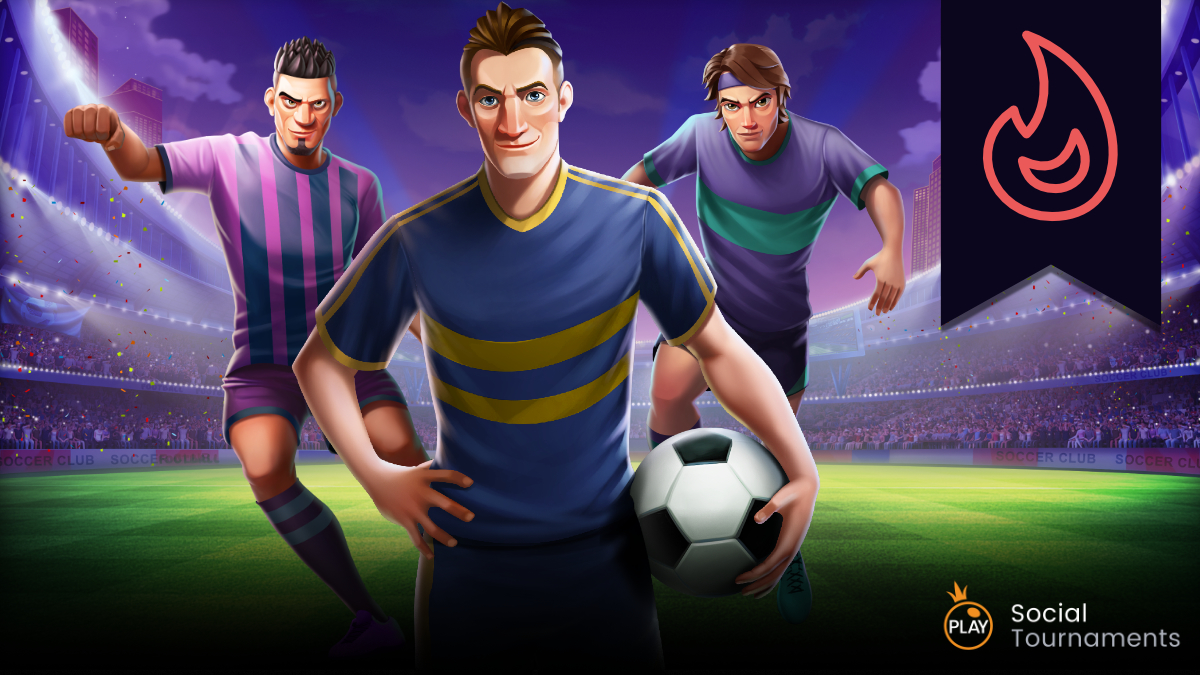 No need to pick a side with this football-themed slot, the symbols are all on your side to get you epic wins in the latest Tournament of the Week, played on Spin & Score Megaways by Pragmatic Play! Get into the spirit of one of the most beloved games in the world as the crowd cheers your spins on, for superb wins pumped out by the powerful Megaways engine you have on your side with this action-packed slot in the latest Tournament of the Week!

Football is known the world over after its spread from England across Europe, and eventually across the Atlantic. Rivalries in the sport have also been known to exist, and thankfully you won’t have any in this latest football-themed slot from Pragmatic Play! Spin & Score Megaways slot comes to you from the stadium-packed Pragmatic Play arena, complete with cheering crowds, eye-level pitch views, and the lights and action you’ve come to expect with football!

Set on a 7×6 grid with a whopping 117 649 ways to win with the powerful Megaways engine, you’ll be screaming “olé!” each time you match football player and card symbols into them for those money-shot wins! The online slot comes with a Tumble Feature that’ll give you more chances to roll in the wins off a winning spin throughout the game, a Big Wild feature that transforms symbols below it into Wilds, and a Free Spins round that can award up to 30 Free Spins! Spin & Score Megaways also comes with a 5000x Max Win, so you’ll have incentive to keep spinning away before the referee blows the whistle when the tournament ends!

You can make your way into the Pragmatic Play Tournament of the Week arena on Sunday for a full 24 hours of spinning and football fun! To get in on the scoring action in this slot tournament, all you need to do is purchase a qualifying ticket at our Social Tournaments online store, or try winning one in any of the Qualifying Slot Tournaments we have running.

While this tournament might not come with a coveted trophy and name engraving, you do stand a chance to win your share of the €2000 Prize Pool which is shared amongst the top 175 players on the leaderboard. The Tournament of the Week is one of our popular events, which means thousands of players come to play for the juicy Prize Pool – and that means you need to get playing before the last whistle blows on the Spin & Score Megaways slot from Pragmatic Play!